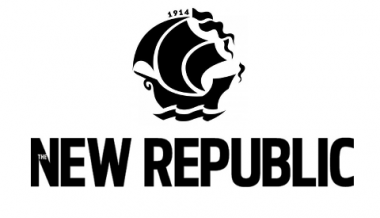 The most fundamental tragedy of the coronavirus crisis is human. It is lives being lost. Somewhere close behind is the feeling of desperation shared by working people. In an economy where it is estimated that 50 percent of the labor force survives from paycheck to paycheck, we are facing an economic crisis of unprecedented proportions that exposes a fundamental flaw in our widely accepted idea of the relationship between working people and their places of work.

That fundamental flaw is a long-standing acceptance across the ideological spectrum of a division between wage earners and the owners of capital assets. While owners of businesses are able to fall back on accumulated wealth and assets in a crisis, it has become abundantly clear that a majority of workers are prisoners of wage income. As long as that divide persists, the threat of economic breakdown will loom both in the coming months and into the next crisis. That divide is the heart of economic inequality. Near-term measures that maintain or increase wage income should be implemented. But it is time to think more deeply about the causes of inequality, and it is time to introduce remedies that serve as conditions for the provision of federal government assistance.

As Mark Cuban, owner of the NBA’s Dallas Mavericks, has wisely counseled, no governmental interventions now being considered should be entered into without consideration of how that intervention will address inequality.

A prominent test case­­­—the airline industry—can help lead the way. Any federal funds loaned to the airlines should be repaid in two steps. The first dollar repaid should be directed to newly established Employee Stock Ownership Plans, or ESOPs, at each company whose beneficiaries are the more than 500,000 airline workers, from luggage handlers and flight attendants to mechanics and pilots. The second dollar repaid should return directly to the federal government. Using that formula, over a short period of time, employees will accrue a substantial stake in these companies. They or their selected professional representatives should serve prominently on company boards of directors to give voice to the employees that make the business work.

As Columbia law professor Tim Wu points out, the American public also deserves corporate governance representation to help steer the airlines back to responsible stewardship. Narrowly focused stock buybacks in public companies that have enriched a small set of the corporation’s stakeholders, senior management, and quick-flipping, short-term shareholders should end. If management balks, they should be educated on how this arrangement is a superior corporate model for workers, shareholders, and the public. There is abundant empirical evidence that it is. It simply requires more of management.

A second mechanism to use with the airlines and with any other private-sector company receiving governmental support can also speed up the process toward greater wealth participation by ordinary working people. Business taxes should be rethought. They should be paid in full if they perpetuate status quo arrangements that keep workers on the outside of ownership. A necessary reform would simplify existing rules by crediting a company’s tax payments dollar for dollar against its federal tax obligations. Payments that would ordinarily be directed to the federal government should instead be directed to purchase company stock that would be held by trusts for company employees. Over time, working people would become substantial owners of the companies they work for and enjoy a voice and a share in the wealth they have helped create.

The idea of restructuring our economy so that capital is a resource that works for labor and not just for itself is not a new one. Workers didn’t always work solely for wages. They used to work in small shops and on farms. In the middle of the nineteenth century, as industrialization was taking hold, some labor leaders warned that an employer-employee relationship where the first group owned and the second group was expected to survive on wages was a trap that would result in dependence and servility. They argued for employee ownership of the newly emerging industrial economy as an alternative where labor should work for both wages and capital ownership.

Strangely enough, so did a smattering of legendary industrialists, including Robert Brookings, Leland Stanford, and, early in the twentieth century, the chairman of the General Electric Corporation, Owen D. Young. On July 4, 1927, Young took the podium on the newly installed granite steps of the Baker Library at the Harvard Business School. He was the guest speaker for the opening of that grand building, and he had a surprise vision to share with the audience. He asked his audience to consider whether American capitalism, then barely a century old in its industrial form, had been launched on the right foot.

Into these [larger-scale businesses] we have brought together larger amounts of capital and larger numbers of workers than existed in cities once thought great. We have been put to it, however, to discover the true principles which should govern their relations. From one point of view, they were partners in a common enterprise.  From another they were enemies fighting for the spoils of their common achievement.

He spoke hopefully that the Harvard Business School might be a place where his alternative vision could be fleshed out and made to work.

Perhaps someday we may be able to organize human beings engaged in a particular undertaking so that they truly will be the employer buying capital as a commodity in the market at the lowest price.… I hope the day may come when these great business organizations will truly belong to the men who are giving their lives and their efforts to them, I care not in what capacity.… Then we shall dispose once and for all, of the charge that in industry organizations are autocratic and not democratic.… Then, in a word, men will be as free in cooperative undertakings and subject only to the same limitations and chances as men in individual businesses. Then we shall have no hired men. That objective may be a long way off, but it is worthy to engage the research and efforts of the Harvard School of Business.

It takes a crisis of the magnitude of the coronavirus to reveal to us how poorly designed the dominant U.S. corporate economic arrangements are from the point of view of sharing the common wealth all workers help create. There are alternative wealth-sharing arrangements to the dominant U.S. corporate structure that are within reach. Some of them, like the 7,000 companies across the U.S. that are owned by their employees through ESOPs, have survived and prospered on the margins of this dominant structure. It is time to expand the reach of these ideas to the commanding heights of the American economy in order to design an inclusive form of capitalism that ends the utter dependence of most working people on their weekly paycheck.

The wealthy in America are disturbed by the coronavirus crisis, but they can sleep at night knowing that they have reserves that can get them through these difficult times. It is now painfully evident at this moment that that same comfort of having stored up wealth through your life’s work must be an opportunity extended to the rest of working America.

Finally, we need to appreciate that this is a root-and-branch moment. Owen Young is not the only neglected prophet whose stock is rising. Visionaries and critics who have warned about the dangers of unchecked economic growth, industrial agriculture, and remote supply chains must get a new hearing. Private patents on life-saving technologies should be terminated. Stock buybacks limited to grasping senior managements should be officially over.

But an economy where workplaces are comprised of fellow owners, where there are “no hired men,” can still sound, at this acute moment of crisis, like a special pleading. What about all of those outside the reach of the workplace? How are these ideas going to help them?

The best answers to that challenge are partial. And while there are concrete advances that should follow from reengineering the ownership and governance of the modern workplace, the responses on offer are also necessarily abstract. Perhaps the broadest claim that can be made in favor of these reforms is that the vitality and the moral responsibility of an economy is the single best guarantee that society can extend to all of its members. The economy is what will make and deliver their resources, food, shelter, health, and technology. It is where our problems will be solved or allowed to fester.

The reigning, now staggering, modern structures of economic life have arguably delivered on something we can narrowly describe as vitality. Technology has achieved wonders. Increases in productivity have reduced poverty. But modern economic life has also become significantly unmoored from responsibility to people and the planet. There is not only a coronavirus loose upon the land. When inequality is allowed to reach the unprecedented heights that prevail today, we are also confronting a historic responsibility deficit that traces back to a lack of accountability, a lack of democracy, in our economic institutions.

Unless we are going to fall for an even more romantic and already historically discredited idea of government ownership, a “do-over” for the socialism of the twentieth century, we can hope and reasonably expect that workplaces that are governed from within, not by the state but by their workers, engineers, and managers, will lead to a more responsible economy. That is economic democracy, the long-neglected complement to political democracy. It is not socialism.

And what standards of social responsibility might we expect from firms that are owned and governed democratically? Workers are also citizens. They drink the same water that consumers in their communities drink. They are not absentee investors, buying and selling their stock in nanoseconds. It seems reasonable to bet that if given the chance, they and their counterparts in management can be counted upon to arrive at answers about how best to carry out our economic life far better than the impersonal stewards of modern finance. The regulatory power of the state would not disappear under economic democracy.  It would remain as the vigilant protector of the public interest. But for democracy to live up to its potential in society at large, the realms of the polity and the economy must remain distinct and in constructive tension.

Exactly 20 years ago, in a neglected book called Democracy at Risk, attorney Jeff Gates coined a metaphor that aptly described the “maximizing shareholder value” framework that has served as the conceptual North Star for elite opinion and for our business and law schools across the land. Ralph Nader was one of Gates’s most prominent supporters. Gates referred to the prevailing economic regime as “money on autopilot.” It is time that we design an economy where we confront our responsibility deficit, where we disable the autopilot machinery and replace it with an “eyes wide open” ethos and regime of law and corporate governance that manages consciously, ethically, and with responsibility.