A Pandemic Dividend for Every American

All citizens deserve a share of the wealth that’s being disbursed to save the economy from Covid-19’s ravages. 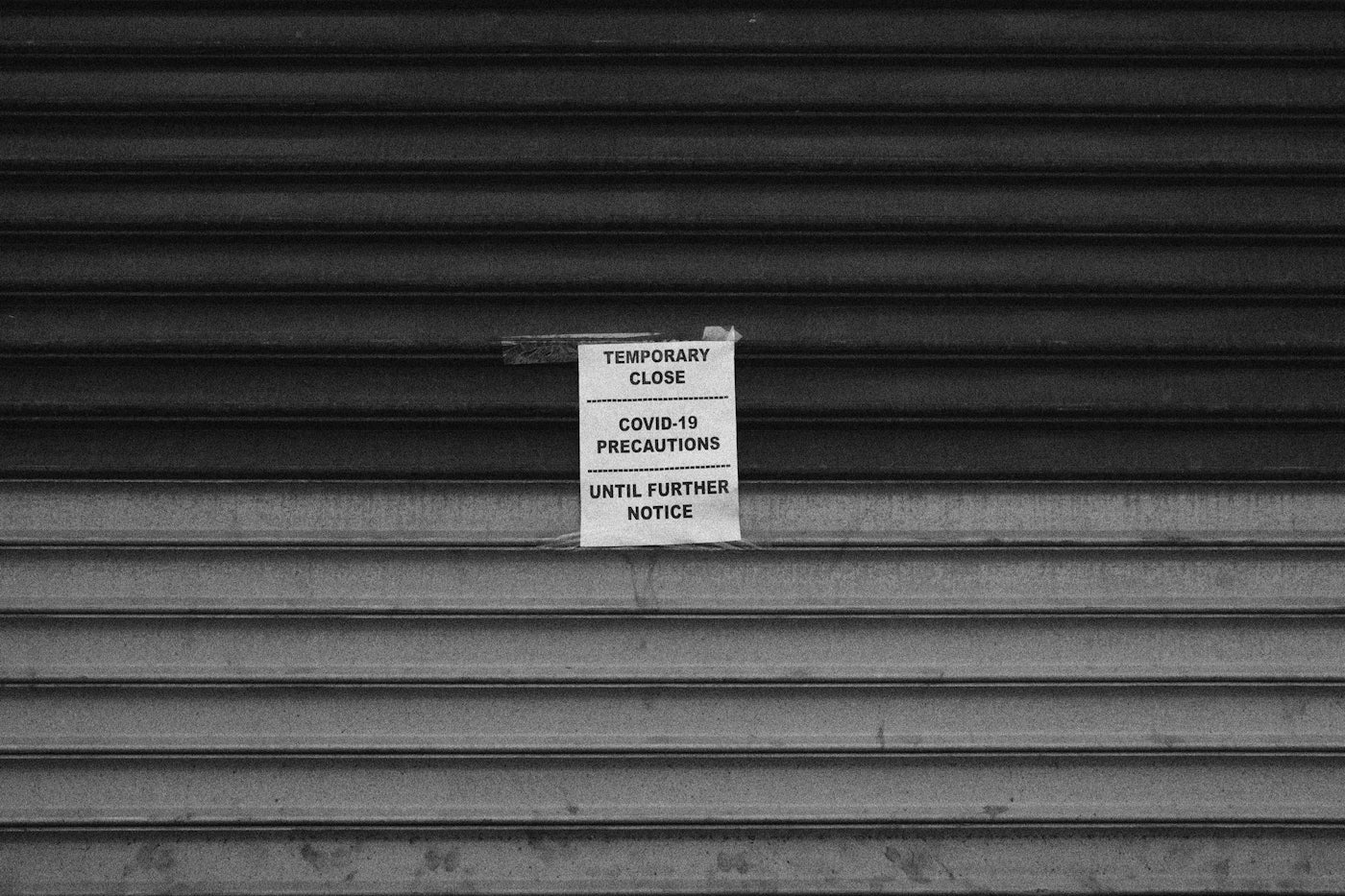 With vaccinations underway and the Biden administration about to assume power, attention will soon return to an assessment of the true damage that Covid-19 has wreaked on the American economy. At this moment, it’s important to take stock of the various rescue measures that have been extended by the federal government and consider how they should be amended in the future. Above and beyond the $900 billion stimulus recently signed by President Trump, over the next two to four years it is likely that between $5 to $10 trillion dollars of taxpayer money, in the form of taxpayer-backed loans and loan guarantees, will be expended to save American businesses and jobs. That level of government aid, the largest on record in American history, will likely require more than a generation of productive effort to pay back. A reckoning with the government’s role in rescuing the economy in this fashion also creates an opportunity to pose some of the larger questions about productivity, fairness, and economic inequality that preceded the pandemic.

The preservation of employment, and the need to ensure that those vital paychecks that sustain workers and their families keep getting cut, has been foremost in the minds of policymakers during the pandemic. Presuming taxpayer-provided funds and guarantees will continue to play a key role in the recovery of private sector employers, incumbent shareholders should not be the sole beneficiaries of recovered value. Instead, it should be shared with employees working at all levels of each firm receiving assistance and with each and every citizen whose tax dollars are the ultimate source of funds for the recovery.

The financial crisis of 2007-2009 provides a useful precedent. Much has been written about how the largely “hands off” terms of the $500 billion distributed through the Troubled Asset Relief Program, or TARP, served as a windfall for financial institutions. One positive exception to that approach took place in the automobile industry. In 2008, the White House Council on Automotive Communities and Workers orchestrated negotiations among unions, management, and the federal government, which resulted in the creation of a Voluntary Employee Benefit Association, or VEBA, named the Detroit Automakers Retiree Medical Benefits Trust. In exchange for $80 billion dollars of TARP funding, this trust held large shareholding stakes at General Motors, Ford, and Chrysler Corporation that eventually recovered significant economic value for the federal government. Earnings from those shares, recently valued at $56 billion, continue to meet the health care expenses of auto workers at those companies.

The Covid-19 crisis of 2020 and beyond is arguably broader and deeper than the 2007 financial crisis. It should therefore employ longer term and broader recovery strategies. If taxpayer dollars are fueling the recovery of private sector firms in particular, then fairness demands that all American citizens should share in the future benefits of that recovery. Two mechanisms can be enlisted to achieve that goal.

The first mechanism should be the introduction of legal trusts that can hold shares of stock in the firms receiving federal loans or guarantees. Those trusts would hold shares on behalf of employees at all levels of these firms, not just senior executives. When recovery occurs, all employees will share in the upside.

Over 40 years of federal tax policy promoting Employee Stock Ownership Plans, or ESOPs, has built a track record for this idea. Research evidence supports the claim that employee ownership makes a positive difference in the productivity, profitability, and longevity of firms. The economic advantages of participation in ownership for ordinary workers are substantial. A Kellogg Foundation-funded study conducted by Rutgers University found that workers enjoyed retirement benefits three to five times larger than those without an ownership stake.

There are signs that policymakers on both sides of the political aisle see the promise of these ideas in the context of the Covid-19 pandemic. In July, a bill called the Temporary Federal ESOP Grant Program Act of 2020 was introduced by Republican Senator Ron Johnson and cosponsored by Democratic Senator Tammy Baldwin. It proposes that the federal government extend grants to companies of $20,000 per employee in exchange for the establishment of an ESOP plan. If successfully attached to future rounds of pandemic-related federal assistance to the private sector, this measure will introduce the principle of a more inclusive and shared economic recovery.

The merits of these ideas in the current moment have penetrated beyond Congress. Early in the Covid-19 pandemic, billionaire entrepreneur Mark Cuban also weighed in on Twitter and in subsequent interviews, stating, “If we are going to bail out companies, we need to make sure all employees benefit from a turnaround, not just executives. This would be a step toward income equality.”

Beyond employees and executives, taxpayers also deserve a return of their principal and a share of any potential upside. Many Americans employed in the gig economy and elsewhere do not enjoy employee status in scaled money-making organizations. They too should be enfranchised and rewarded through structures such as the National Wealth Fund concept described by Eric Lonergan and Mark Blyth. Such a fund should also receive an allocation of shares from firms receiving substantial loans or guarantees from the federal government. Depending on firm performance, those shares would produce an annual yield distributed directly to every citizen.

The idea of including citizens in the wealth stream made possible by public investments is, in turn, related to a myriad of proposals for universal basic income popularized by Andrew Yang, Andy Stern, and Peter Barnes. Those ideas source their funds from either the public treasury or, in the case of the Alaskan Permanent Fund and other funds described by Barnes, from a fraction of the earnings that private entities extract from exploiting common environmental assets. Ideas in this vein are on the horizon. The immediate crisis, however, involves the need for a public quid pro quo to establish what conditions, if any, should be attached to the disbursement of unprecedented amounts of taxpayer dollars to rescue private sector firms during the Covid-19 crisis.

We propose that any future Covid-19 related federal assistance to private sector firms should be allocated among three groups: existing shareholders, employee trusts, and a National Wealth Fund. Specific allocations should be calculated by determining the fair market value of governmental infusions of cash and loan guarantees as a percentage of the fair market value of individual firms. Because employee trusts represent internal agents—employees—whose motivation and concrete efforts will significantly determine the likelihood of business success, they should be proportionally favored over a National Wealth Fund in the allocation of shares.

Whether the starting point of economic policy discussions is the present Covid-19 emergency or the perennial topic of economic inequality that preceded it, strategies that rely upon wages alone will not get the job done. In addition to income, wealth creation must be shared. Federal economic programs that support the private sector today such as the Export-Import Bank mostly offer trickle-down rewards for workers. When those programs succeed, jobs may be preserved or even expanded. But the truly significant long-term economic benefits the government makes possible accrue to a narrow group of shareholders.

The best way to improve on conventional policy designs is by enabling broad-based ownership. The Federal Home Loan Act of 1932, or FHLA, was perhaps the most radical federal policy intervention of the twentieth century. The FHLA and the bills that followed it put the borrowing power of the federal government at the service of ordinary American workers. That assistance took the form of loan guarantees, which convinced lenders that millions of relatively low-net-worth borrowers should receive home mortgages.

This same principle can be extended to the private sector economy today. The proposed Employee Equity Loan Act, or EELA, would extend federal loan guarantees to employee trusts that could buy out retiring owners of the tens of thousands of privately held firms that will change hands today and in the near future. Instead of selling those businesses to private equity firms who further concentrate wealth, business owners can sell to the people inside the four walls of their business whose labor helped them succeed in the first place.

Ideas such as these require both individual and institutional champions. At the federal level, the Department of Commerce has long served the interests of American business owners. The constituency that agency serves needs to be expanded to include American workers. A reinvigorated Commerce Department would be the logical host for ideas such as employee ownership and the oversight of a National Wealth Fund.

The Covid-19 pandemic has tested the nation’s resolve, but the manner in which we knit the nation back together from its ravages should not rely on policies that preserve and potentially compound existing inequalities. By expanding upon ideas that enjoy some measure of bipartisan support and bring previously excluded groups to the table, we can navigate our way through to the end of the crisis stronger than how we entered it. And by cutting in workers, as well as ordinary taxpayers, into the long-term benefits of the investments we make to save our economy, we can preview the emergence of a more inclusive and dynamic brand of American capitalis